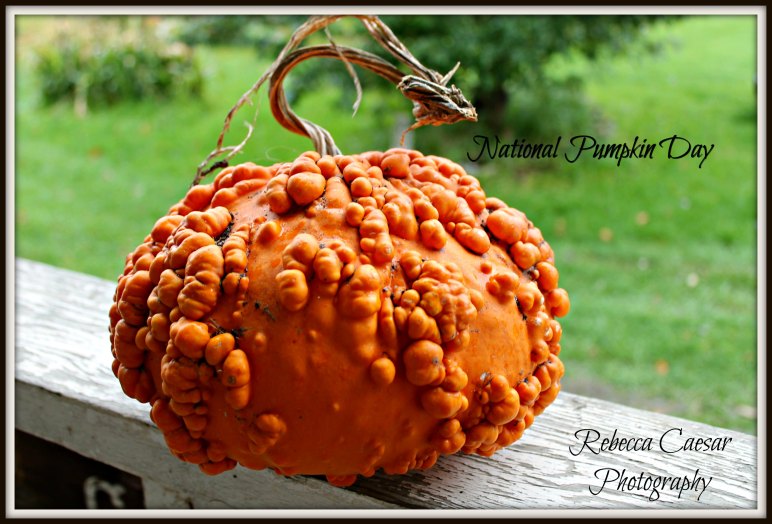 Today, October 26, 2016, is National Pumpkin Day. As soon as the cold air begins to settle in here in Michigan, everyone goes crazy over pumpkin-flavored foods and beverages. I personally tried a pumpkin spice latte which was okay. But I admit I am still hot tea type of person.

Since today is National Pumpkin Day, I decided to look up different facts about pumpkins.

According to the Pumpkin Patch, pumpkins are actually a good source or potassium and Vitamin A. No wonder, Pumpkin Juice was so popular at Hogwarts. Along with vitamins, the facts about pumpkins are very interesting.

Wondering how to celebrate National Pumpkin Day? How about carving pumpkins? I currently have three pumpkins on my porch. My favorite one is small, orange and bumpy. I am sure it’s more along the gourd variety than a pumpkin. I just love it for the oddness. I have not found the inspiration to carve them yet. But who knows, maybe with National Pumpkin Day, I will.

This site uses Akismet to reduce spam. Learn how your comment data is processed.

Playing in the water. 😊😁#water #nature