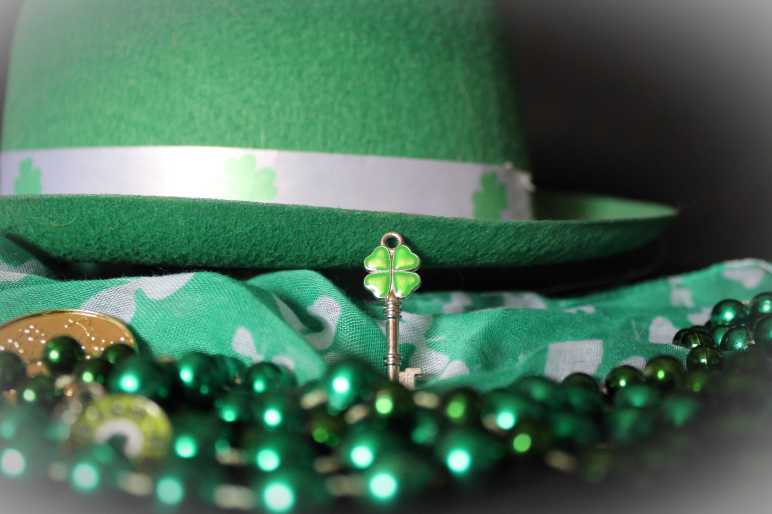 I know this year’s celebrations are probably not going as planned. But I wanted to take the time to wish my followers a Happy St. Patrick’s Day.

Being in Michigan, all of the bars and dine-in restaurants are closed. Both a popular choice for celebrating the holiday. But I am a firm believer in making the best out of the situation.

The celebration may not be the same. But I am certain, the day will be memorable. 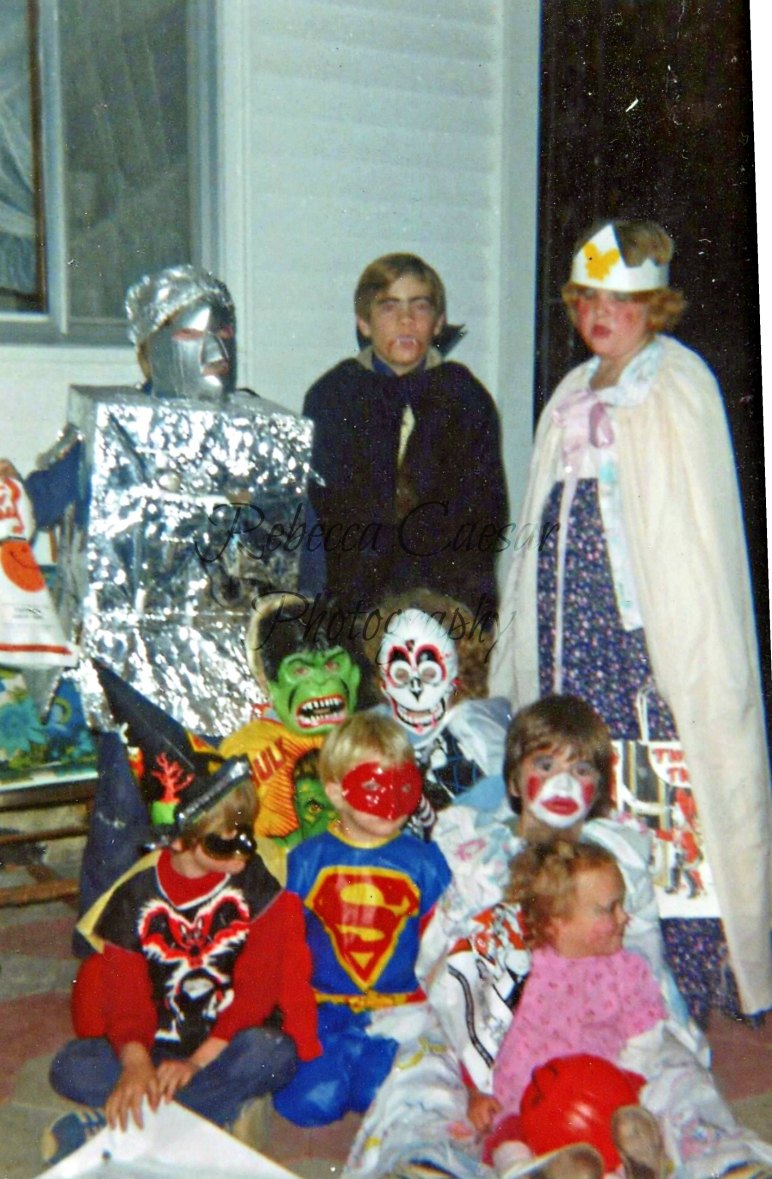 Halloween is one of my favorite times of the year.  As a child, my mother would take my siblings and me to go trick-or-treating with my cousins in town. No matter what, there would always be a group of us together. My mom and aunt were always nearby to supervise.

Our customs were either handmade (sometimes at the very last minute), hand me downs from older cousins, or garage sale finds. None of us thought anything of it, we were just there to have fun and get candy. We would travel for blocks and blocks. Until we were all so tired, we wanted to head back to my aunt’s house to warm up. Often, we wore out before the ending siren blew.

Back at my aunt’s house, we would gather in the living room to exchange candy, drink hot cocoa and eat no-bake chocolate cookies. My mom and aunt would always inspect each bag to ensure the candy was edible. I think, they would sneak many pieces for themselves during the inspection process.

My Halloween’s are less eventful now. What can I say? I enjoy the comfort of my fireplace. But I still carve pumpkins and hand out goodies to trick-or-treaters who venture out my way.

Did you celebrate Halloween? Do you now? What is your favorite Halloween memory?

I just found out that March 2nd is Old Stuff Day. I love old stuff which you can tell by my obsession with vintage photographs and history. My mother blames it all on her father, my grandfather. She said I spent too much time with the “old fool”.  I can’t help it, I loved being with him. When I was a child, he and his girlfriend, Florence would go to every garage sale, estate sale, and church sale in the county. I felt like the luckiest

When I was a child, he and his girlfriend, Florence would go to every garage sale, estate sale, and church sale in the county. I felt like the luckiest girl, because I occasionally got to go along. I would come across the most wonderful treasures. My grandfather always seemed to have the best stories to go along with what I found. Oh, how I would love to spend 25 cents and hear one of his stories now. I guess that goes along with my obsession for listening to people’s stories, observing people and writing.

Now, I pick up used stuff to try and make new. I love the creative process. I thought I would share a couple recent upcycle’s or redos.

As I work through these old photos, I wonder about the people’s lives. I can’t help it. I enlarge the photos to find different clues. Even though a year was not provided, the photo was written on with the date July 4th. I would like to think the gathering was to celebrate Independence Day. They are definitely sitting on benches with tables under tents in the background.

The photo is also identified as being taken at Cold River. From research, I can tell you that Cold River runs over 16 miles through western Main and enters into New Hampshire. Currently with the White Mountain National Forest, the area is popular for camping with a picnic pavilion. Since I can only guess the year, I am assuming they are within a picnic area for holiday fun.

While visiting a small retail store, I overheard two ladies chatting relatively loudly about their lives in the aisle. The ladies began with the normal idle conversation, bidding each other hello with all the niceties that go along with idle chatting. The one silver-haired lady couldn’t believe that almost two years had passed since their last encounter.

The other woman who was probably in her early 50’s began to unfold her story. At this point, I didn’t want to look too obvious. So, I slowly moved to the next aisle. I can’t help myself, I love listening to stories. I know eavesdropping is rude. But in my defense, they were not using hush voices and I was legitimately shopping.

The younger woman began to explain, she had to have a lung removed due to cancer. The ordeal came as a surprise. But, “you’ve never smoked,” the older woman said with surprise.

“Smoking is only one cause, who knows why these things happen” she continued to explain. She went on to tell the rest of her story. Apparently, a short time after the lung ordeal, she started experiencing bad headaches. Even though, she had gone through a variety of testing, no evidence of anything was detected. Finally, she demanded further extensive testing. She gave a fancy name for the test but I cannot pronounce the word or even begin to spell it out.

Well, the advanced testing revealed a brain tumor. The test was conducted in the morning, by the after she was admitted to the hospital for surgery. At this point, the lady actually laughed over the situation. She continued to explain, the doctor couldn’t believe she actually drove herself to the consultation.

She furthered explained that all her life she did everything right. She never smoked, rarely drank, paid her bills on time, and continuously saved money. She was invited to go on a trip to Hawaii to visit family members. Even though she had a place to stay upon arrival, her first reaction was no. But then she decided to put the plane ticket on her credit card and just go. At the end of the conversation, she revealed she was happy she made the trip. “There’s nothing more spectacular than sitting on a glorious beach and enjoying a Hawaiian sunset.”

In my opinion, we get so caught up in the “right” way to live that we forget to enjoy life. Media tells us what to buy, what to eat, and how to live our lives in the correct manner. I am not suggesting you become irresponsible and not pay any of your bills. But I do think you should take the time to enjoy the simple things in life. Go for a walk, visits friends and family on a regular basis, attend local parades, festivals, and other interesting events. Along the way, take a moment and enjoy a spectacular sunset. Soon, the borrowed time will be over.

Don’t worry; I have no intentions of putting any spoilers in my blog. Even though, I am sure the Internet is full of them by now. My only opinion of the movie: Epic! I actually think the entire show exceeded my original expectations.

I originally wasn’t going to see Star Wars until later in the week. But my sister messaged me, “If we get tickets, do you want to go?” Seriously was that really a question. I was absolutely certain they would be sold out. But she managed to get tickets for the 12:55 pm showing for yesterday.

We arrived early. In fact, we were about the third group in line. As we sat on the floor of the NCG Cinemas, others began to join us. The conversations between complete strangers made the entire Star Wars movie experience better. We discussed everything from X-Men to Dr. Who. Theories were analyzed. Yes, I felt right at home. I have to say, 2016 is going to be a great year for new movie releases.

Even though all of us came from different backgrounds, we had one common thread: our love for good, quality movies. Here we were all total strangers, enjoying deep conversations about various movies. I find the entire concept inspiring.

“May the Force Be With You”

Ok, I know I am behind. I cannot say I am behind on giving thanks or counting my blessings; I just behind posting for the challenge. I try to count my blessings or give thanks on a daily basis. I truly believe when I am thankful, I attract positive energy. So, I will play catch up before I go back to researching for my article which is due tomorrow.

On Day 7, I was thankful for the extra writing work which is the reason why I am behind with my posts. Whenever there is a chance to pick up extra work, I try to accept the jobs. The extra money always comes in handy especially this time of year with the holidays fast approaching.  I also like to show clients, I am flexible with deadlines.

I really do enjoy the entire writing process (well, most of the time). I have become more efficient in my researching. I try really hard to stay focused. I tend to research relatable topics that show up in my search. I can start with one subject matter and end up reading something entire different. What can I say? I like to learn.

I am thankful for impromptu visits. I have a large extended family. My great aunt once said, “We have cousins by the dozen.” I never realized how much that was true until I got older. I love the impromptu visits from my cousins or other relatives that I have not seen in a while. We catch up, laugh and share stories. What more could a person ask from life? Laughter is good for the soul.

Today, November 9, 2015, I am thankful for YouTube. I know that may seem crazy. I like when I am having trouble concentrating, I can watch videos (usually music) to find inspiration. I enjoy finding new bands, groups, or singers to give me motivation to create. And, I like to find groups that are not as well known or dedicated to a specific genre. I think some of their work is amazing.

Today, I was able to take my great Aunt out for her 96th birthday. We were joined by my mother, sister, and niece. We went to a local restaurant in town; the food and service was wonderful.

My great Aunt has never been married. She worked hard all of her life.I asked her if she regrets not getting married. Her answer was quick “no”. Then, she smiled and said, “you remind me of me” which of course made me smile. She said life should not be about regrets. Just live each day as it comes.

I cannot think of any greater advice! So, I hope everyone who reads this lives a life without regrets….